Heroic saga & Fondue in the Alps 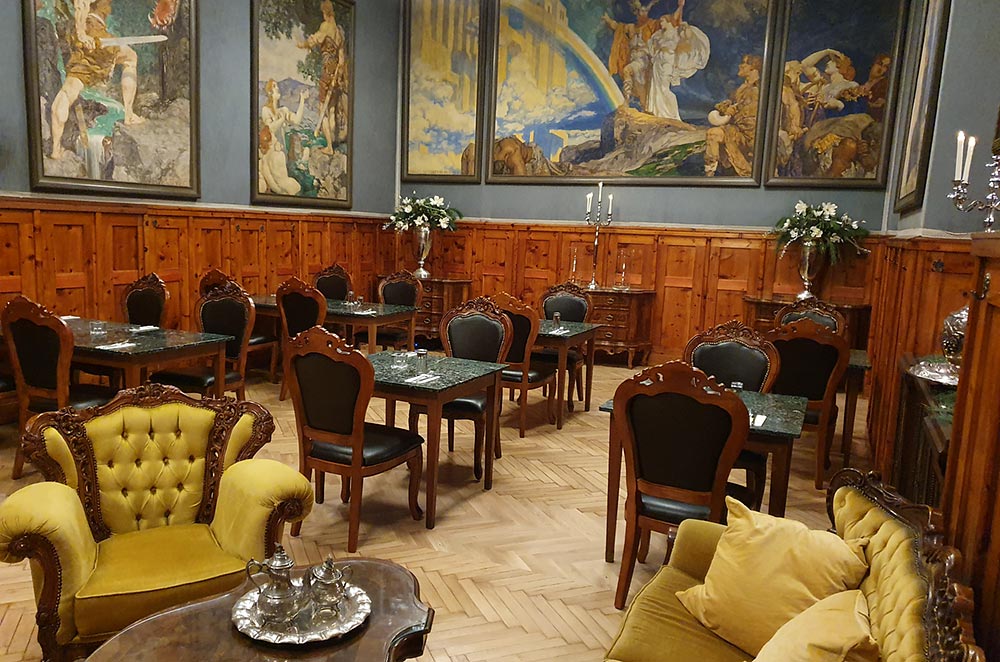 In the Nibelungensaal, named after the ancient heroic saga with its pompous pictures, you are transported back to the time of the Song of the Nibelungs.

For about 100 persons we offer here seats in the restaurant and with delicacies of fondue.

The name Nibelungensaal comes from the heroic saga of the often sung Nibelungenlied of 1200, the origins of which date back to the so-called heroic age of the migration of nations. It was a memorable war with the Burgundians, in which almost the entire people died together with their leader. Even today, large antique murals decorate the Nibelungen Hall to commemorate Attila's battles and the great battles of the Huns.

This website uses cookies to improve your experience while you navigate through the website. Out of these cookies, the cookies that are categorized as necessary are stored on your browser as they are essential for the working of basic functionalities of the website. We also use third-party cookies that help us analyze and understand how you use this website. These cookies will be stored in your browser only with your consent. You also have the option to opt-out of these cookies. But opting out of some of these cookies may have an effect on your browsing experience.
Necessary Always Enabled
Necessary cookies are absolutely essential for the website to function properly. This category only includes cookies that ensures basic functionalities and security features of the website. These cookies do not store any personal information.
Non-necessary
Any cookies that may not be particularly necessary for the website to function and is used specifically to collect user personal data via analytics, ads, other embedded contents are termed as non-necessary cookies. It is mandatory to procure user consent prior to running these cookies on your website.
SAVE & ACCEPT